The efficiency of a parallel system describes the fraction of the time that is being used by the processors for a given computation. It is defined as

Benchmark used for performance evaluation on Cheaha, Biowulf, and DMCis the d.dppc which is available from the Gromacs benchmark suite and is available at: http://www.gromacs.org/About_Gromacs/Benchmarks

Information on how to submit Gromacs jobs to Cheaha is available here.

Benchmark parameters: 1024 DPPC lipids with 23 water molecules per lipid, totalling to 121856 atoms. A twin-range group based cut-off is used, 1.8 nm for electrostatics and 1.0 nm for Lennard-Jones interactions. The long-range contribution to electrostatics is updated every 10 steps. 5000 steps = 10ps. 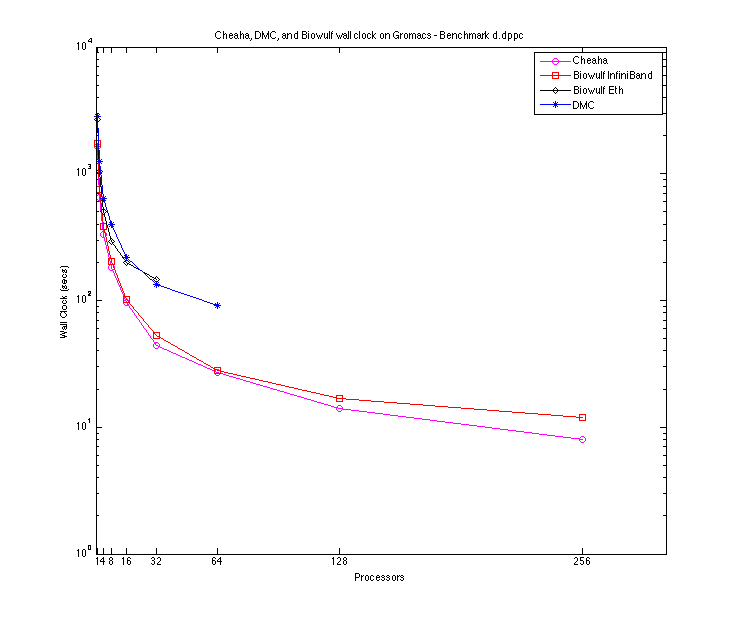 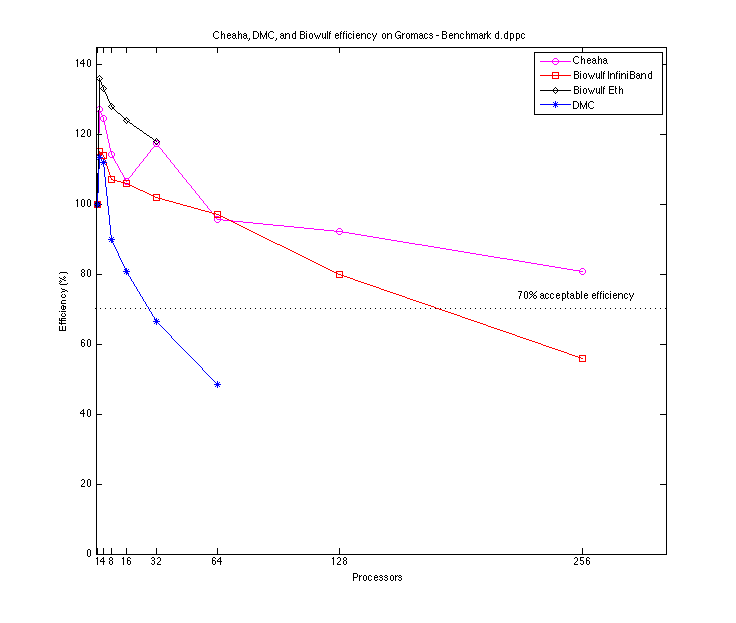 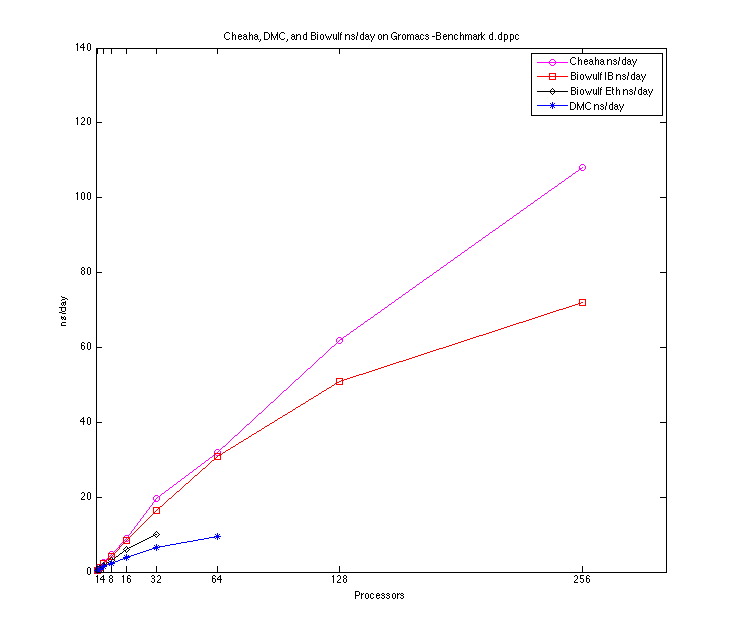 The above benchmarks were run using d.dppc benchmark [1] from Gromacs.

On Cheaha, the second and third generation hardware was used for the above benchmarks. More information about the hardware used on Cheaha is available here. Cheaha is running Gromacs 4.0.7

All tests on the DMC are run on mixed generation hardware. DMC is running Gromacs 4.5.3

The data for the NIH-Biowulf benchmarks is available at: http://biowulf.nih.gov/apps/gromacs/bench-4.0.3.html. The Biowulf hardware used for comparison in the e2800 with Infiniband and o2800 with ethernet.

These benchmarks have been performed by Mike Hanby at Research Computing after 2007 Hardware upgrade to the Cheaha.

Note: The Gromacs 3.x code base was severely limited in spanning multiple compute nodes. The limit for 1GigE network fabrics was 4 nodes. The following performance data is provided for historical reference only and does not reflect performance of the Gromacs 4.x code base currently install on Cheaha.

Two identical 4 CPU Gromacs runs and the jobs spread out as follows based on current queue load (the new nodes are using Infiniband, the old TCP for message passing):